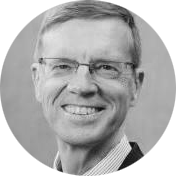 David comes from a research and industry engagement background focussed on bringing together the multiple disciplines of science to address and develop solutions for the rehabilitation of lands disturbed by mining and mineral processing activities. His disciplinary background and expertise in environmental science, and ecology in particular, has contributed extensively to his leadership and involvement in projects and policy discussions relating to the creation and assessment of post-mining landscapes, ecosystems and end-uses. He has taken a prominent role in the development of robust monitoring technologies and closure criteria to ensure that areas potentially challenged by mining impacts have greater certainty about the protection of, and minimisation of future risks to, environmental and social values.

After graduating with a PhD from the University of Newcastle and postdoctoral studies at the Forestry School at the University of Melbourne, David joined the Department of Agriculture at The University of Queensland (UQ) in 1990. He was working in the minesite rehabilitation group in that Department when the Centre for Mined Land Rehabilitation (CMLR) was created in 1993. He became its Director in 1999 and the CMLR became one of the founding research centres in the Sustainable Minerals Institute (SMI) when it was established in 2001. He later became the Director of Environment Centres in the SMI, encompassing CMLR and the Centre for Water in the Minerals Industry (CWiMI), and for a period in 2016 was also Acting Director of the SMI. In June 2017, he was appointed to the role of Executive Director of the SMI’s International Centre of Excellence in Chile (SMI-ICE-Chile) based at the Centre’s office in Santiago, and continues to be a member of the SMI’s Senior Leadership Team. He has been an Administrator of UQ’s legal entity in Chile, SMI-ICE-Chile SpA, since 2018.

In the  years prior to his current role, David led projects and built numerous relationships for the SMI with universities and government agencies in many countries across Africa, Asia and Europe, as well as South America. He was recipient of the Australian Minerals and Energy Foundation Excellence Award for “Outstanding Leadership in Mine Site Rehabilitation Research and Education,” has supervised over 35 PhD and Research Masters students, and has over 140 publications. He is a former Board Member of Greening Australia Queensland and is currently a Fellow of the Australasian Institute of Mining and Metallurgy (AusIMM) and a Life Member of the American Society of Reclamation Sciences.