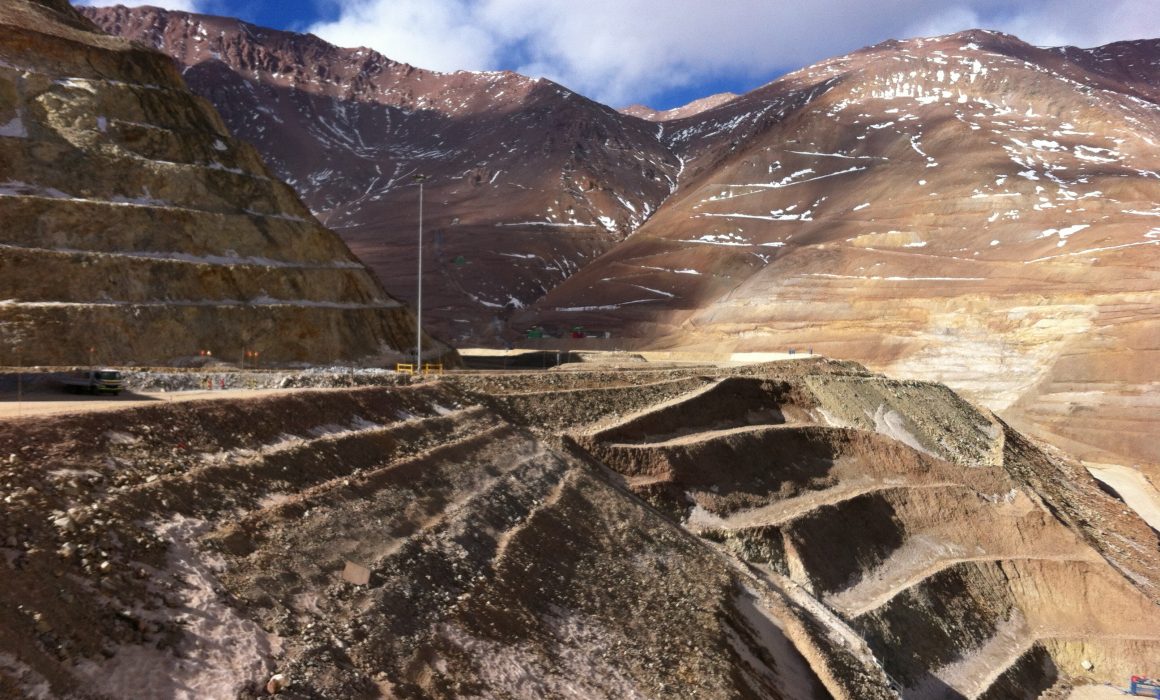 The Relevance of Dialogue: Beyond Social Licence to Operate

Between January 13 and 17, the SMI Centre of Excellence in Chile, along with the Australian Embassy and the Centre for Public Policy from the Catholic Univ. hosted a week of activities with visiting expert Pam Bourke called “Opportunities for Deepening Dialogue” in January 2020. Activities included workshops, meetings and training events with a number of public and private sector organisations and NGOs who are seeking to enhance their engagement and dialogue with community members and organisations in Chile in a time of crisis.

The social and political crisis that Chile has been living through since October 18, 2019, has renewed the relevance and the need for dialogue. Dialogue plays a fundamental role, for example, among social groups who want to express their demands or propose their ideas in light of a constitutional change, or among diverse political sectors trying to reach agreements of benefit to a nation’s citizens. “Dialogue” once again resonates as one of the primary skills to address social conflicts.

One of the key aspects to work on when designing the spaces necessary for successful dialogue is to acknowledge that distrust still exists amongst those communities that are most affected by the activities of mining companies. Dealing with this reality is essential if we want to move towards truly sustainable mining operations. In 2002, nine of the world’s largest mining companies commissioned the report Breaking New Ground: Mining, Minerals and Sustainable Development[i]. While the report demonstrated an industry with the capacity for bringing economic benefits at the national and local levels, findings regarding many of the localised, negative social impacts were not favourable. High levels of distrust among the interested parties and the constant threats by various opposition groups, inequality of impacts and the growing gap between the recipients of benefits, were serious aspects that the industry had to address in a structural way.

Concepts such as citizen participation, social license to operate, and community development quickly achieved popularity within the community relations functions of mining companies. These terms were mobilised both in industry community engagement practices in impacted territories, and within company end-of-year sustainability reporting. Hodge (2014) noted a paradox here. Despite increasing industry uptake of these concepts, there was little evidence of a reduction in conflict between communities and companies, and increasingly greater local resistance to mining operations. Communities were no longer willing to accept without question the measures imposed by industry or government that restricted or limited opportunities to freely decide on the development of their territories, of their futures.

In addressing mistrust and tensions within impacted territories, the challenge becomes how to reach a mutual consensus between the mining sector and local communities. Unilateral and short-term efforts to build community relations will only damage the relationships of trust between parties. According to Hodge, differences in many cases arise when “common ground has not been established between the different values held by a community, an adjacent mine, a host indigenous population, or a national government” (Hodge, 2014, p30)[ii]. Failure by mining companies to adequately address these different values when seeking to improve their social performance leaves the concepts they use at risk of becoming empty signifiers, imprecise and open to the industry´’s interpretation.

One turning point in this issue has been an examination of the meaning and use that the mining industry has given to the concept “social license to operate”. An idea widely used by industry, social license to operate is an approach that is today increasingly criticized by academia. A “license”, often mobilised to validate the predefined indicators of the industry’s own standards and programs of service delivery to impacted communities, falls short of reflecting the urgency for community participation processes that are respected and heeded by companies. While it is understood as a metaphor, social license itself is an indication of how companies choose, or not, to understand and meet the expectations of impacted parties.

Those directly impacted by mining operations do not think about social licence. Their concerns are linked to wellbeing, survival, job opportunities, impacts to basic resources such as clean water and land, noise and dust pollution, in-migration, protection of heritage sites, loss of culture, among others. They think about their quality of life after the mine. To stop and think about their real concerns, quality of life before and after the operation, is to begin to become aware and to begin to talk about dignity and respect. These are key aspects for a successful and genuine dialogue process, establishing the foundations for the construction of long-term relationships. This is a fundamental aspect identified previously by researchers John Owen and Deanna Kemp[iii] from The University of Queensland’s Centre for Social Responsibility in Mining, in the detection of possibilities for territorial development that is truly sustainable.

The design of a genuine and successful dialogue system should be a thorough process, which includes all the improvements, adaptations and changes required to really obtain, beyond a design document, a live system of stakeholders, institutions and processes that aids in the creation of legitimate mutual debate spaces, problem resolution, and the detection of possibilities.

If the mining industry really would like to make changes toward successful dialogue processes, beyond policy frameworks external to companies, the implementation of dialogue will imply important and conscientious internal changes. This means that we not only need to take on the development of community capacities for dialogue, but also the sector must acknowledge the new challenges in the relationships with stakeholders, and to make internal changes that will probably be required for this to be achieved.

Within any dialogue framework that is agreed upon as an industry, the key issues of any social conflict will not be made visible in terms of social license, but in terms of living in an environment free of contaminants, of greater social justice, respect, and deliberate participation. It is important that companies position themselves at the heart of this debate.

Our current changing scenario demands that companies focus on positive contributions in the long-term, that promote the post-closure development of communities over the more technical, and more easily quantifiable, actions for impact mitigation. This more transactional approach promoted by the industry’s interpretation of the concept of “social license” prioritizes operational continuity for the company over broader and more complex expectations that arise from impacted territories. This approach limits the possibilities of building sustainable relationships for these projects, during the operational life of the mine, and beyond. To have a truly constructive and symmetrical dialogue, the mining industry must think about how it wants to add value to its communities, based on an open and honest dialogue with them, to meet without conditions, open to the challenges that will come both during times of calm and in times of crisis, such as those we are currently living in Chile.